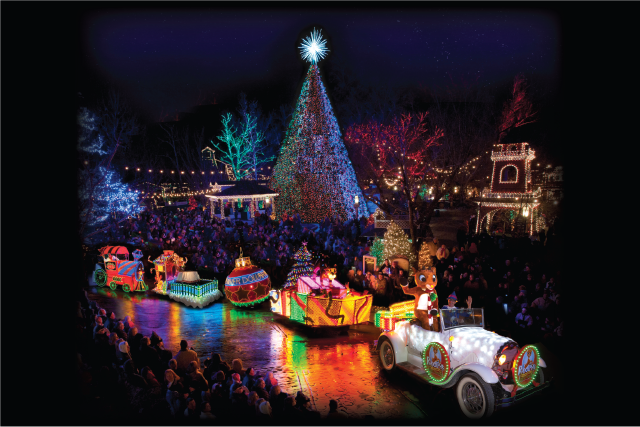 Thirty miles of new lights lead up to the new $26 million Time Traveler, the World’s Fastest, Steepest and Tallest Complete-Circuit Spinning Roller Coaster. Bright lights enhance the views from above for night rides on Time Traveler and all of the select rides open, as weather permits.

The light experience begins on the Square with the 5-Story Special Effects Christmas tree, a massive tree with over 350,000 colorful LED lights. The tree blazes to the movements of Christmas songs, with up to 100 light changes per second, while lights around the Square flash along.

The festival also features two original musical productions, A Dickens’ Christmas Carol and It’s a Wonderful Life. A Dickens’ Christmas Carol is an adaptation of the Dickens classic, with revolving sets, flying spirits, pyrotechnic special effects and a cast of 15, accompanied by a live band. It’s a Wonderful Life presents a musical interpretation of the classic film, with unique special effects and a cast of 14 singers/actors. 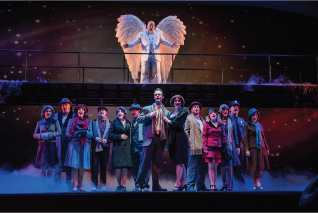 During An Old Time Christmas, Silver Dollar City is open Thursdays – Sundays Nov. 3 – 18, then Wednesdays – Sundays Nov. 21 – Dec. 30. Hours are 1 to 9 p.m. most days, with extended hours on select days, including some Fridays, Saturdays and Thanksgiving weekend.

Silver Dollar City is also open New Year’s Eve and New Year’s Day for a “New Year’s Celebration.” The 6.5 million holiday lights are still on and special entertainment is presented.

The Showboat Branson Belle presents a Christmas adventure on the lake for the holiday season, with a new Christmas show that rocks the season and the popular Santa’s Pancakes & PJs cruises for kids on weekend mornings. Holiday cruises run November 2 – December 23, followed by the main season show after Christmas, December 26 – January 1. 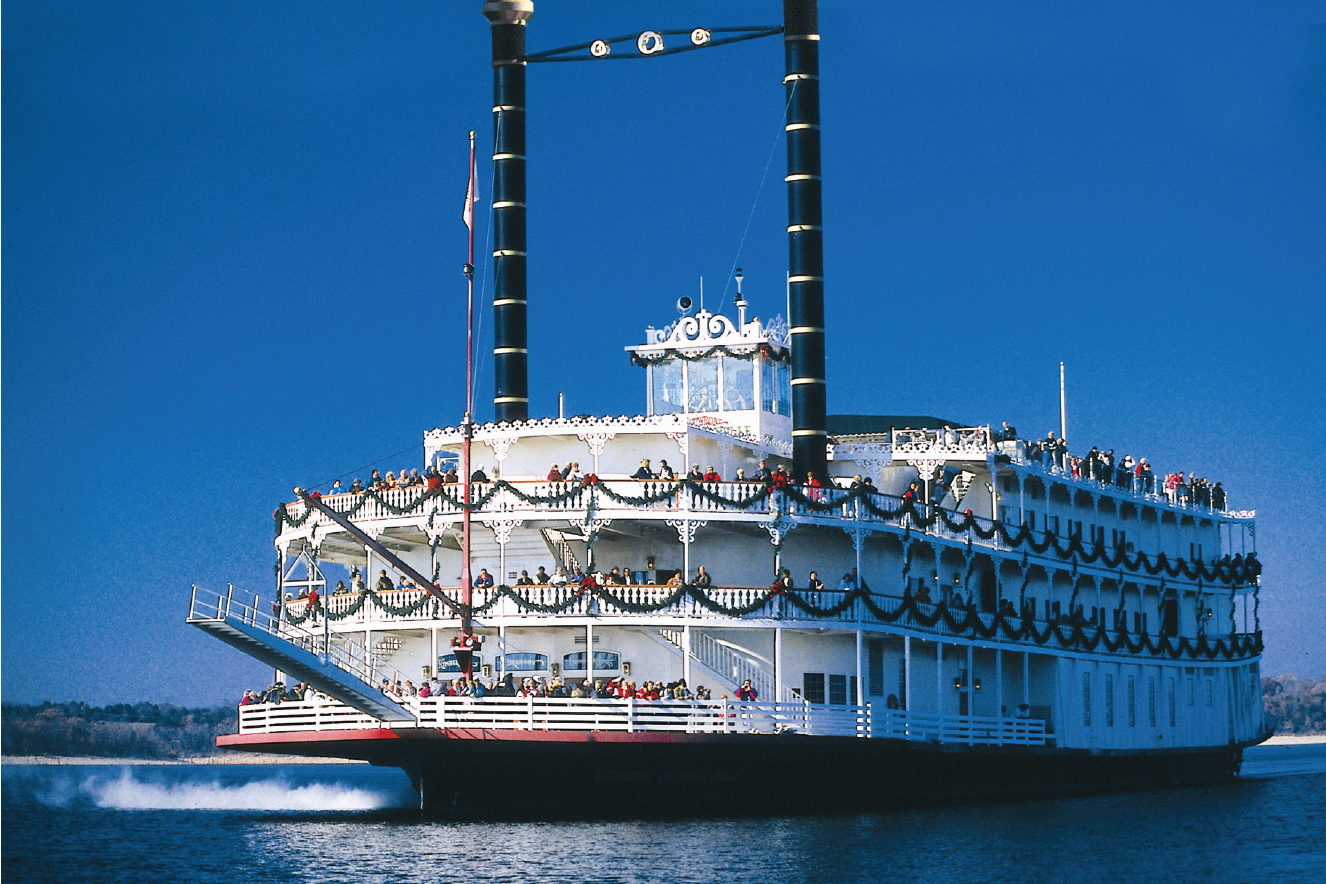 The new Christmas show presents music from the ‘60s to today along with Christmas favorites throughout, featuring the powerhouse vocals and tight harmonies of 5-star entertainers backed by a 4-piece band. Guests can relive great movie soundtrack moments, from Grease to Footloose to Frozen. The show also features the must-see rhythm and footwork of the Deckhands, who bring their own brand of percussion to the stage, plus award-winning comedy.

Santa’s Pancakes & PJs Cruises offer little ones the chance to dress up in their favorite holiday PJs and have a Christmas adventure as they wander through the ship’s four decks. Costumed elves and fairies greet the kids at Sugar Plum Fairy Sweet Stops and face painting stations, while in the Wheelhouse, the Showboat Captain has a story and special gift for each child. Then, all gather in the ship’s dining theater for a pancake breakfast and cookie decorating, plus entertainment, story time and sing-alongs. Following the cruise, kids can have photos taken with Santa on the dock.

The Showboat’s holiday season cruises run November 2 through December 30, with special New Year’s Eve cruises on December 31 and January 1. Santa’s Pancakes & PJs cruises are offered at 9 am and also at noon on select Saturdays and Sundays, November 10 – December 23, with activities beginning one hour prior to cruise time. For information and schedules, visit www.showboatbransonbelle.com or call 800-775-BOAT(2628).

Information: 800-831-4FUN (386) or www.silverdollarcity.com.
An Old Time Christmas is presented by Humana.

“From the very first conversation I had with Angela I knew every detail would be taken care of for the Missouri’s Best Red Carpet event. The food was absolutely delicious. Everyone raved about Angela’s Lake […]

Even though temperatures may be chilly during autumn, there is still plenty to do outdoors to ensure your lawn will look great next spring. Break out your sweatshirt and get outside to take care of […]

Tiger Woods and Bill Dance bring the fun at free event for nearly 8,000 kids and families at Big Cedar Lodge