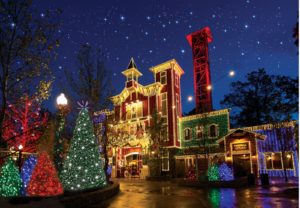 The largest single lighting expansion in the past 2 decades of the festival, Christmas In Midtown takes holiday lighting to a new level, filling over an acre — 70,000 square feet — with 145 miles of LED lights. Huge light tunnels and wreath portals lead into the area, which includes flying angels, running reindeer, moving trains, a tree 90 feet high, musical trees with moving lights, dozens of stars and snowflakes, and a giant turning globe, all created at Silver Dollar City.

The light experience begins on the Square with the 5-Story Special Effects Christmas Tree, a massive tree with over 350,000 colorful LED lights. Beginning at dusk each evening, the tree blazes to the movements of Christmas songs, with up to 100 light changes per second, while lights around the Square flash along. 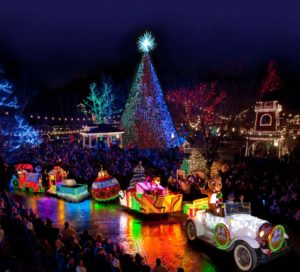 The festival also features two original musical productions, A Dickens’ Christmas Carol and It’s a Wonderful Life. A Dickens’ Christmas Carol is an adaptation of the famous Dickens classic, with revolving sets, flying spirits, pyrotechnic special effects and a cast of 15, accompanied by a live band. It’s a Wonderful Life presents a musical interpretation of the classic film, with unique special effects and a cast of 14 singers/actors. 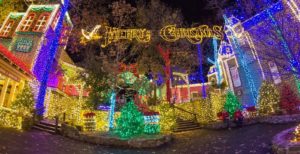 During An Old Time Christmas, Silver Dollar City is open Thursdays – Sundays November 4 – December 23, plus Wednesdays Nov. 22 and Dec. 20; closed Christmas Eve and Christmas Day, and open daily December 26-30. Hours are 1 to 9 p.m. most days, with extended hours on Saturdays and Thanksgiving weekend. 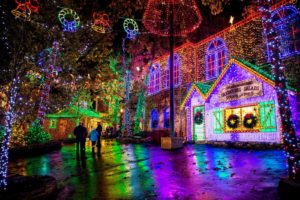 Silver Dollar City is also open New Year’s Eve and New Year’s Day this year, for a new event, a “New Year’s Celebration.” The 6.5 million holiday lights are still on and special entertainment is:

A dance party with Members Only, a tribute band performing the hits of the ‘80s

The group AYO, seen on America’s Got Talent 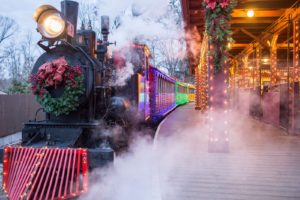 KANSAS CITY, Mo. – The National Football League announced on Thursday the regular season schedule for the 2018 season. The Kansas City Chiefs will be featured in five primetime television games. “I always look forward to this […]

The American Veterinary Dental College says that the majority of dogs show signs of canine periodontal disease by just three years old. Periodontal disease is associated with ailments in the kidney, liver and heart as […]

November 29, 2020 missourimag Sports, The Buzz Comments Off on The Kansas City Chiefs beat the Buccaneers 27-24